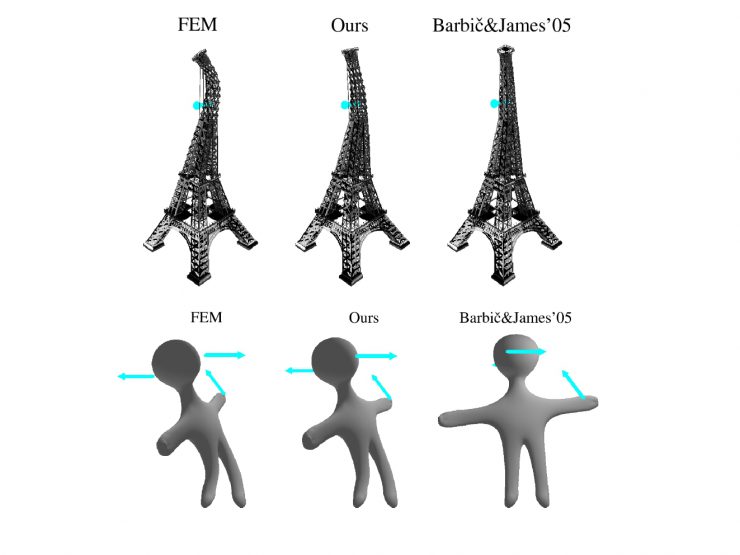 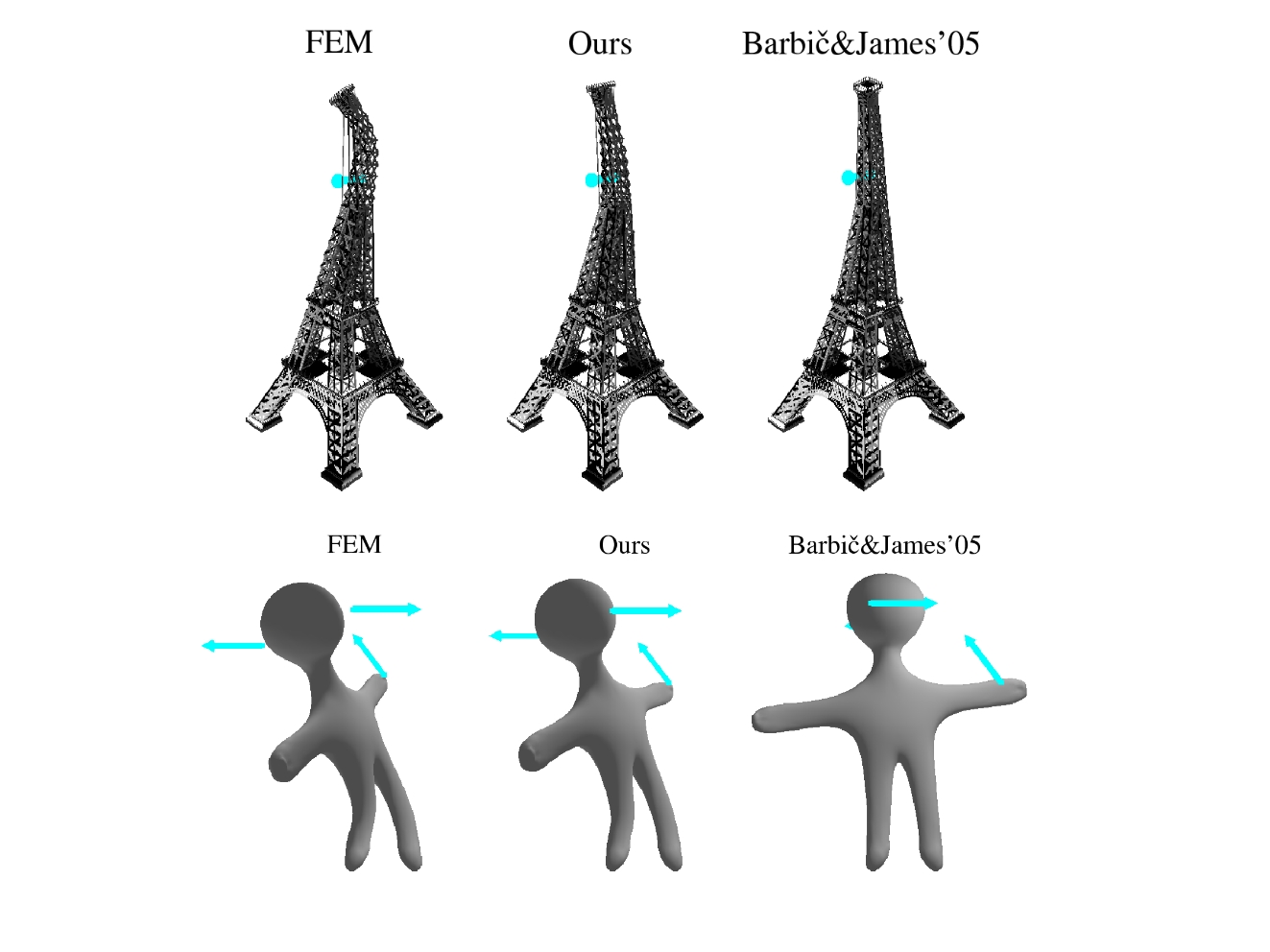 The deformation results of previous model reduction methods with external forces applied show noticeable differences from full-scale finite element method (FEM) simulation. We found that data-driven approaches, specifically proper orthogonal decomposition (POD), can be a solution to this nonlinear deformation simulation problem in the subspace. Nevertheless, offline FEM simulation with an infinite number of possible input forces at different locations makes it infeasible if no prior information is given. We propose rigidity-guided sampling to efficiently select the points of application of forces (force sample points) to construct more effective and compact subspace bases, thereby improving the simulation accuracy of reduced deformable models with applied external forces and still retaining fast run-time performance. The key idea of our approach is that distinct deformations of an object at different force sample points can be estimated prior to FEM simulation. By selecting the force sample points with distinct deformations, the computational cost of offline FEM simulation can be reduced significantly. Our run-time deformation results are much closer to the full scale FEM simulation with external forces applied, compared to the results of using only the modal derivative bases while the speedup over full-scale simulation is still substantial.