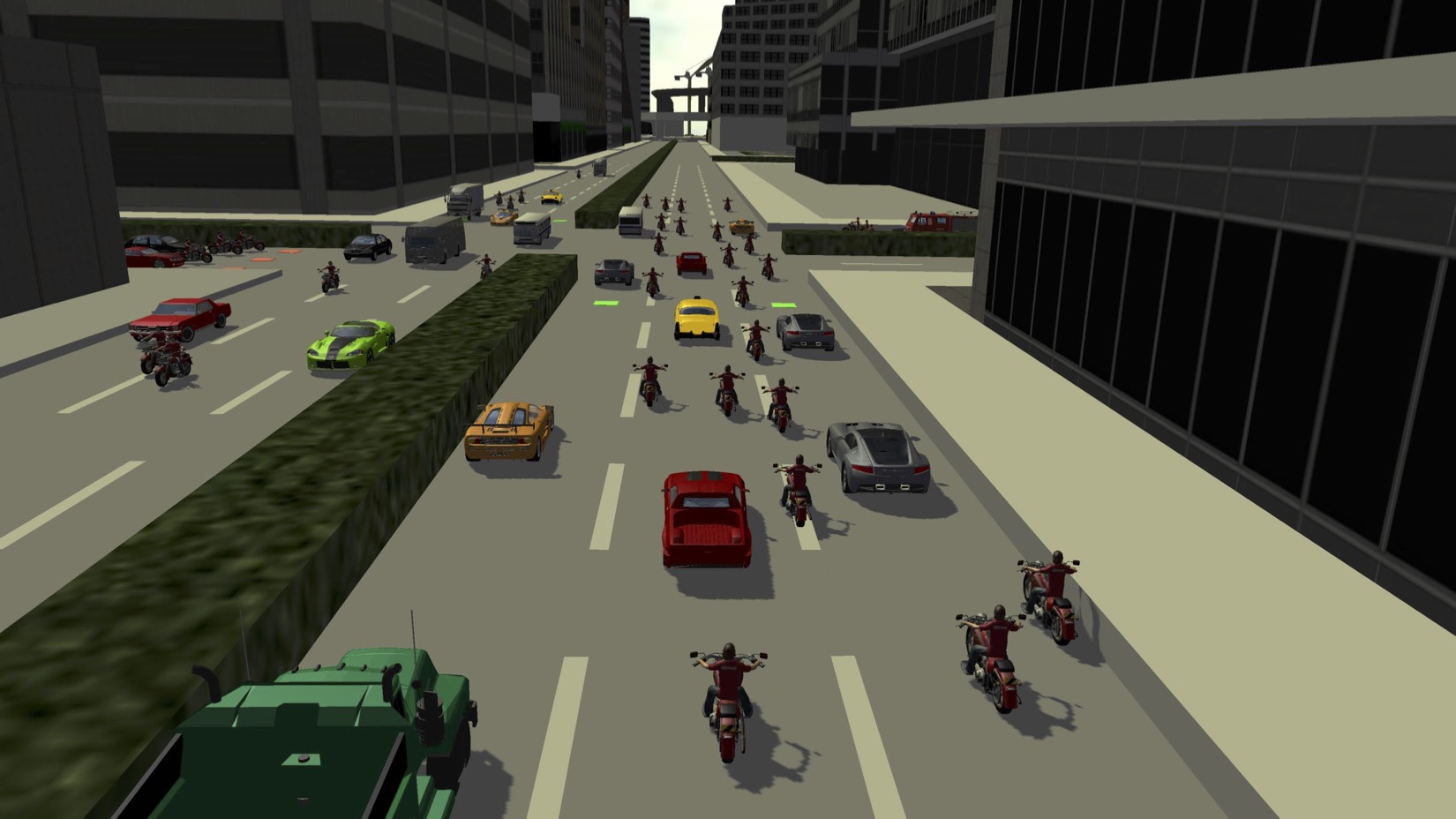 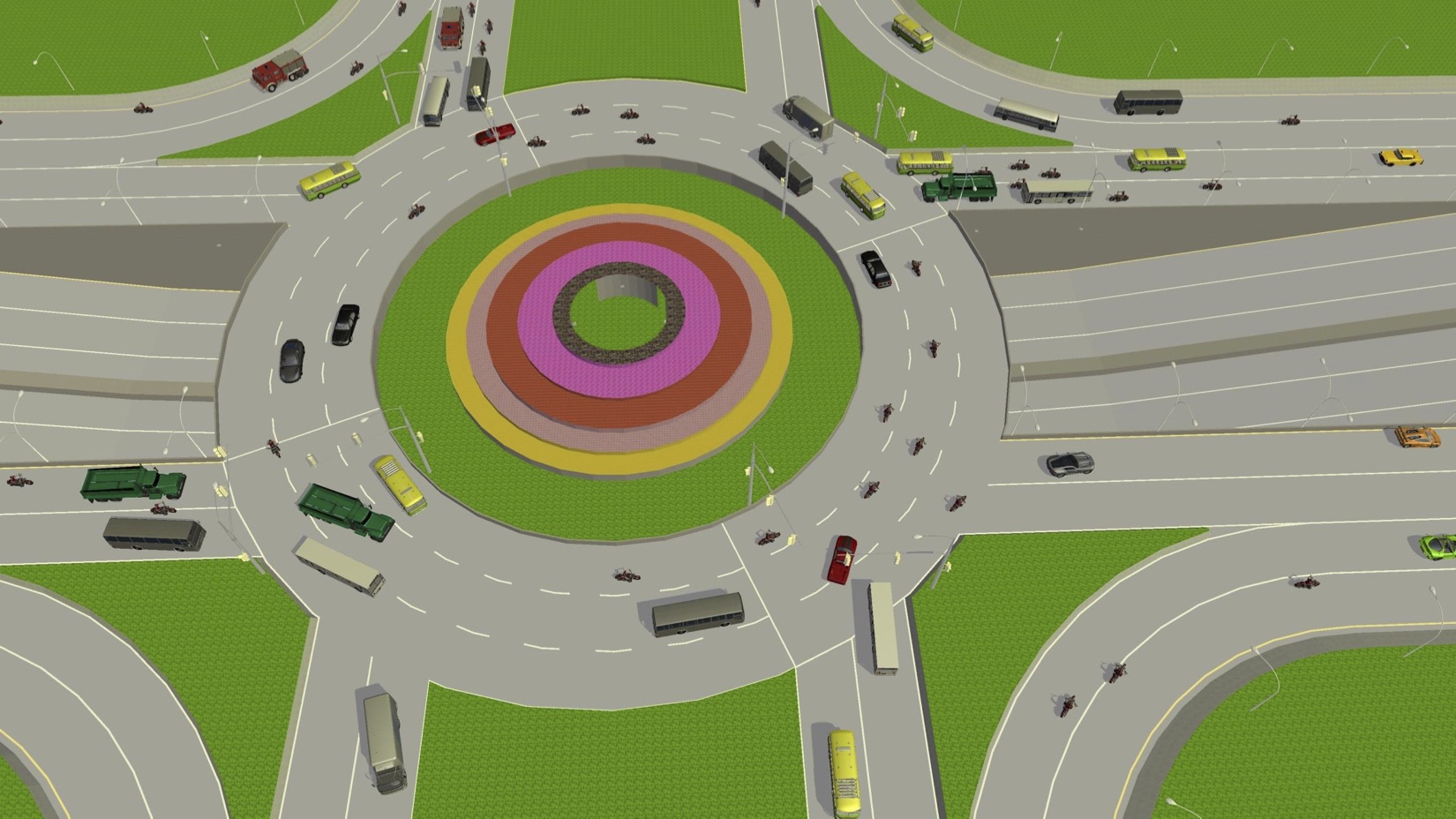 We present an agent based approach to animate microscopic mixed traffic involving cars and motorcycles in complex scenarios, including signalized and nonsignalized road intersections, and traffic jams due to blockage. Based on our new car-following and lateral-movement models, our method can reproduce lane-based and non-lane-based traffic behaviors that are commonly seen in urban scenes. Our dynamic routing and intersection procedures enable a user to interactively control the movement of a car and our system generates the microscopic behaviors of the influenced vehicles accordingly. Experimental results show that our approach can animate appealing microscopic mixed traffic with various behaviors. Our approach will benefit applications in virtual cities, computer games and driving simulators. 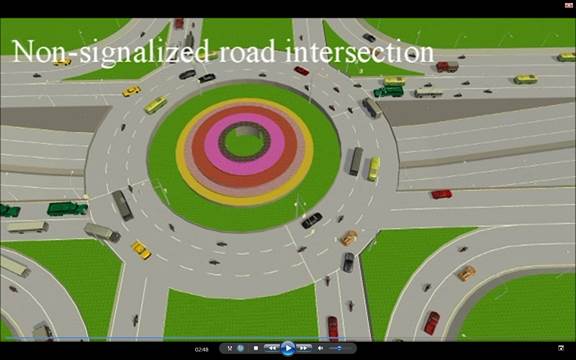 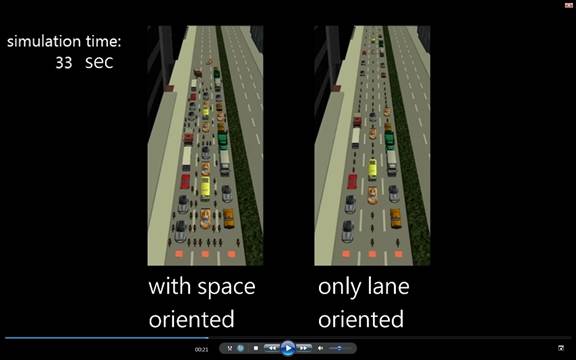 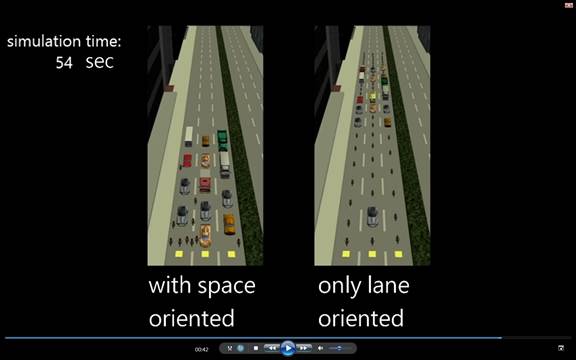 MTS: weight only the first term of Eq 5;
MTSa: weight all terms of Eq 5.
MTSa produces smaller spacing between leaders and followers. 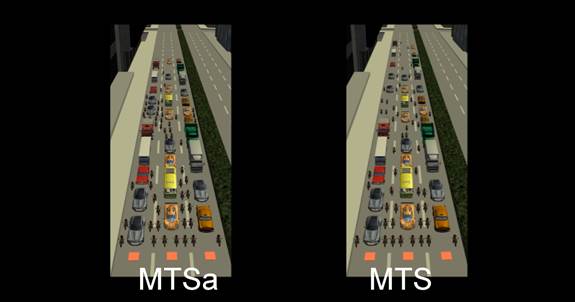 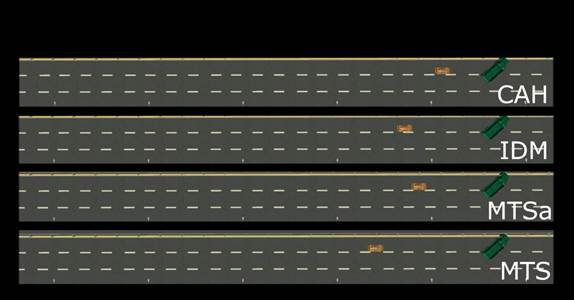