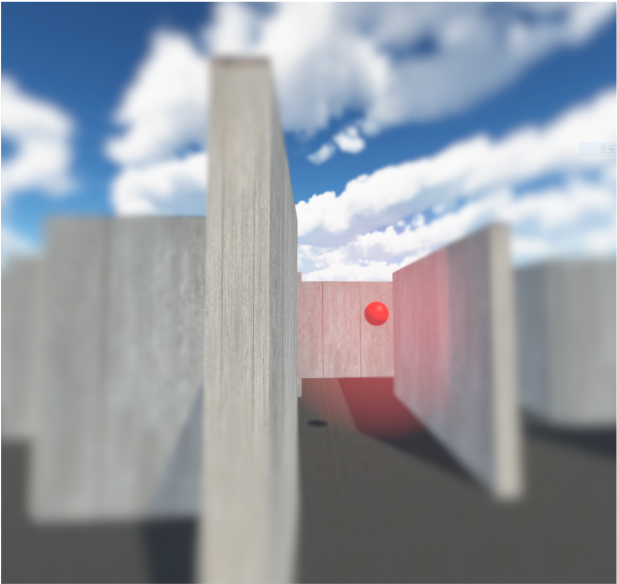 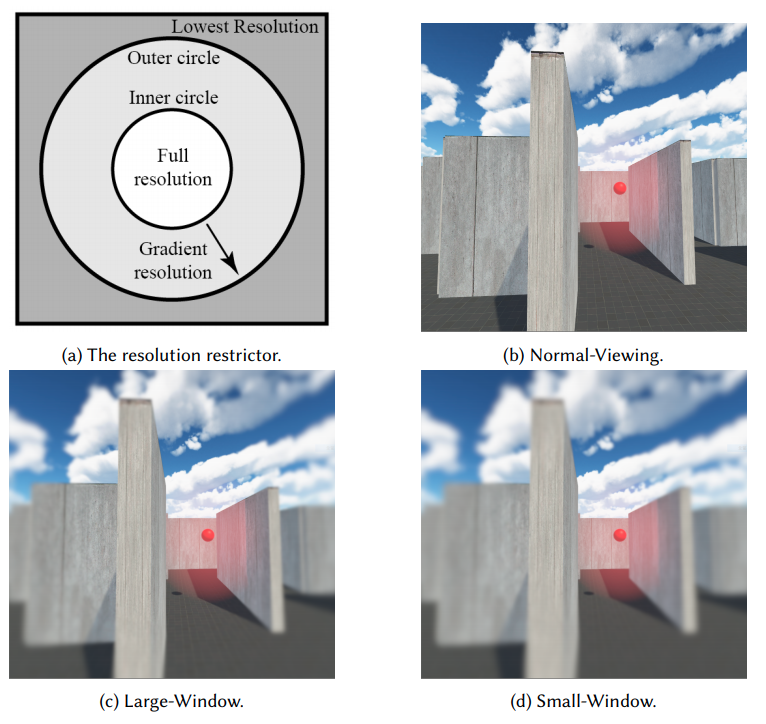 Cybersickness (CS) is one of the challenges that has hindered the widespread adoption of Virtual Reality (VR) and its applications. Consequently, a number of studies have focused on extensively understanding and reducing CS. Inspired by previous work that has sought to reduce CS using foveated rendering and Field of View (FOV) restrictions, we investigated how the presence and size of a static central window in peripheral FOV blurring affects CS. To facilitate this peripheral FOV blur, we applied a Gaussian blur effect in the display peripheral region, provisioning a full-resolution central window. Thirty participants took part in a three-session, within-subjects experiment, performing search and spatial updating tasks in a first-person, slow-walking, maze-traveling scenario. Two different central window sizes (small and large) were tested against a baseline condition that didn’t feature display peripheral blurring. Results revealed that the baseline condition produced higher levels of CS than both conditions with a central window. While there were no significant differences between the small and large windows, we observed interaction effects suggesting an influence of window size on ‘adaptation to CS’. When the central window is small, adaptation to CS seems to take more time but is more pronounced. The interventions had no effect on spatial updating and presence, but were detectable when the blurred area was larger (small central window). Lower sickness levels observed in both window conditions supports the use of peripheral FOV blurring to reduce CS, reducing our dependence on eye tracking. This being said, researchers must strive to find the right balance between window size and detectability to ensure seamless virtual experiences.